So very excited to return to Europe this week for BOHEMIA tourdates! Hitting the Netherlands first... playing shows in Maastricht and Liempde on Friday, June 28 and Saturday, June 29, thanks to my hosts AJ and Judith Terlouw. On Sunday, June 30, I'll be doing a 10pm set at Muziekcafé Local Vredebreuk for The Hague International Singer-Songwriter Festival, followed by a set from my friend Kathy Ziegler.

Back in Prague CZ for five shows between Tuesday, July 2 and Sunday, July 7. This is the fourth summer in a row I've been able to perform in Prague – I feel lucky to have tapped into a beautiful community of musicians, friends and fans there. Can't wait to see everyone and drink some pivo. This time around, I'll be splitting a bill with Justin Lavash and performing at old haunts the RedRoom and James Joyce, along with some new venues.

Wrapping up my trip with four UK shows in the greater London area between Tuesday, July 9 and Saturday, July 13. I'll again be sharing a couple of bills with talented friend Mick Terry. Mick and I will be sharing the stage with Jim Boggia at the 12 Bar on July 9. We'll be with Danny George Wilson (of Danny and The Champs) at Betsey Trotwood on July 10 for Mick's Living Room Scene series (yes, he did name the series after the Dillon Fence album!)

Details, ticket links, and venue websites for all of these shows are at my schedule page. Hope to see many of my European friends and fans this time around... please tell your friends to catch a set.

HOBEX had a great time at our NC gigs at the beginning of June. Here's a live set from the Texas Pete Twin City Rib Festival on 6/13/13, if you'd like to have a listen or download. The band (Andy Ware, Dan Davis, Tim Smith, Robert Cantrell, Doug Largent) is sounding fierce these days, whenever we get together! Thanks to all who came out and thanks to Terry Killebrew for taping and posting this show. 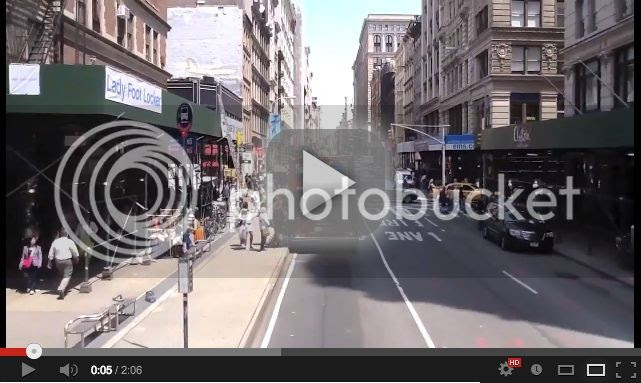 Check out the new music video that I made recently for the song "Across The Ocean, Mama," the third track on BOHEMIA. Buy BOHEMIA on iTunes here. Purchase a hard copy via PayPal here. Have a listen online here or here.

Bohemia is a 9 song puzzle.  Some tunes are newer; some were written during my last couple of summers in Prague, CZ and the EU. They fit together just so.

Someday, I’ll Have My Due – A 6/8 ballad in the old soul style. Guess you could say it's about believing in the future, despite the odds.

Sayin’ What You Mean – Nowhere in the song am I saying what *I* mean.

Across The Ocean, Mama – About saying goodbye, forever. We all have to at some point.

While You’re Away – An older song that Matt Brandau and I recorded at his studio here in NYC one afternoon last summer. Matt played bass, drums and keys on this version and gave it a reggae spin. I'm on guitars and vocals.

Jubble on, Jubbly – A non-sequiturrific number co-written on a roof in Prague one night with Montana Singer-songwriter Jessica Kilroy and others. Alcohol was involved. This version features the fantastic Phil Cook on Slide Dobro.

Shelby, I Told You – A chart-topper written for fictional country star 'Keith Cline' by myself and Lizzy Ross. On our way to Memphis for Folk Alliance International, we spent an evening in Nashville listening to bands play classic country in the honky-tonks of Broadway Avenue. We wrote this tune a few days later in the car on our way back to North Carolina. Lizzy sings harmony on this version.

Hush – A happy confection I whipped up one afternoon in my living room last spring. You can hear my dog Daisy shake her collar at the beginning of the tune.

Sweet La Rue – The song had been sitting on the shelf for a long time... I played it on the ukelele one day and it felt just right.

Railroad Bill – Our take on a traditional number. Phil Cook and I play guitar and sing together on this version.